With the release of WordPress 5.0 in early December 2018 web developers were forced to make a decision, install the Classic Editor plugin and continue to enjoy the post editor we’ve used for years or jump the new block editor experience. However, I quickly found a few of my themes were not ready.

I decided to challenge myself this weekend by taking the longtime defunct Default Theme also known as Kubrick and make it Gutenberg ready.

After replacing defunct to include the sidebar all that was needed was a few minor CSS updates and the front end looked just as it did in 2010 when this workhorse of a theme was last updated.

With the front end working properly I was ready to override the post editor’s default appearance.

After some code research I enqueued custom CSS to override the post editor’s styles.

And now… for the code

Kubrick still has its various front end flaws. But in a couple hours of research and past practice I was able to prepare an old theme for a new life post Gutenberg. 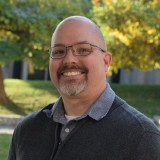 Joseph Dickson is a web developer in higher education and an avid proponent of using WordPress’ core features to create flexible and manageable design solutions.

This site uses Akismet to reduce spam. Learn how your comment data is processed.